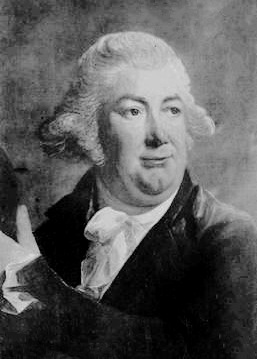 Robert Graham of Gartmore (1735-1797), 15th Laird of Ardoch, was a politician, a successful merchant and Lord Rector of the University of Glasgow. As Liberal MP for Stirlingshire in the closing years of his life he introduced a Bill of Rights, which the Dictionary of National Biography states foreshadowed the Great Reform Bill of 1832. As a merchant, he prospered in Jamaica. However, it is as a poet that he is best remembered, being immortalised by a single poem which found its way into the Oxford Book of English Verse and many other anthologies – If Doughty Deeds My Lady Please. Ever since then he has been known as ‘Doughty Deeds’.

It is to Doughty Deeds that the current Ardoch House owes its beginnings. It began as ‘Ardoch Cottage’, in the style of a Jamaican bungalow, just half a mile from the old Ardoch House, built in 1680. In due course the cottage, considerably enlarged to become the house it is today and the family seat of the Cunninghame Grahams, became the replacement for the old house.